The last three months have mostly been focused on Dylan and the wedding, but the littles are all still hanging around having a good time! They're been in small amounts of work, but nothing terribly consistent. Planning a wedding is like having a second full time job, on top of my more than full time job, on top of trying to keep a show horse fit and actively showing... there's just not enough time!

My 'Ratchy hasn't done hardly anything for the past few months. She slipped her halter off at some point, and pretty much has gone feral. She takes treats, and gets looked over, but while she became pretty tame with all her handling she never really became friendly - she just doesn't like to seek out the people. It's just her personality! One of these days when I have time, I need to corral her into a small pen and get her halter back on, then work with her until she tames back down a little more. Mules are funny like that, if you leave them alone they go feral on you. If you work with them all the time they're great, but if you don't they might go wild on you until you work them down again. 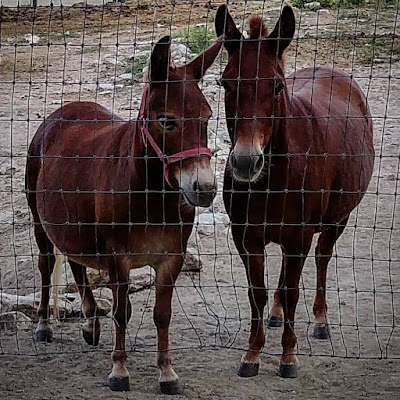 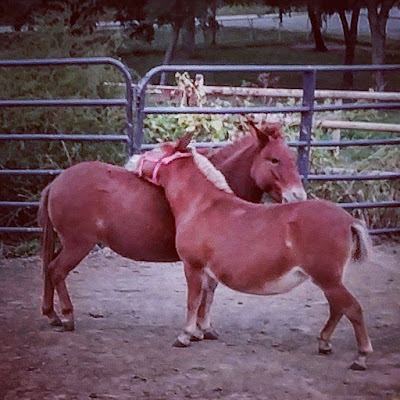 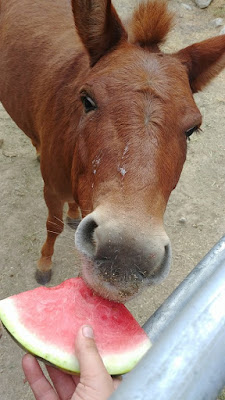 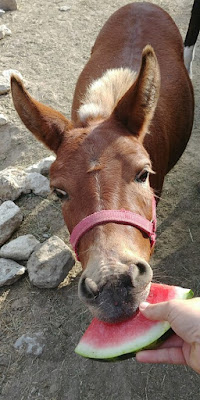 Uma is doing exactly what I wanted her to do - she's reached an age where she can start to learn about harnessing and lunging, and she is! She's learning how to lunge, how to wear boots, how to be patient. I don't have a harness small enough to fit her, so she hasn't worn one of those yet. I am not sure she's going to be large enough to bother breaking to drive though... she is a tiny little shrimp. Tiny little shrimps don't really make the best driving animals - it's a lot of work for them and they can't make the times that bigger minis can make.

But isn't she adorable anyway!? 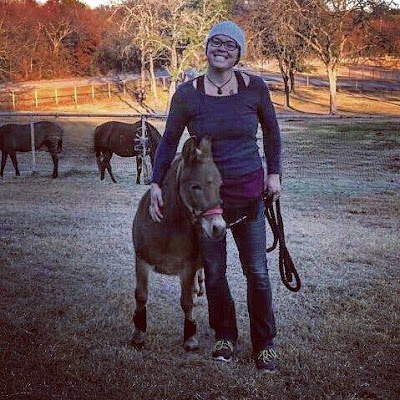 Zoodle is doing great. He also didn't do much until after the wedding, but he's been back in work. He's getting better and better about lunging - it's sort of forward in these tiny one inch increments at a time, but it's coming. Zebras have no work ethic whatever, so finding his work ethic is something of a challenge sometimes. He loves people and he likes to be doing stuff with the people, but when it's kind of boring or sort of hard, he really wants to know why he should bother, and heavy bribery is what gets him understanding that it's something good. One new problem that has popped up is with the addition of the sidereins - he wears a bit quietly until there's one little bit of pressure on it, then he flips his tongue right over the bit. That is a habit we can't be forming or I'll never break it. He needs to wear sidereins because he has a big fat thick bracey neck, and he needs to learn to give to pressure or I'll never be able to turn him - zebras brace! Part of it is that he has a big fat tongue and doesn't like any tongue pressure, so the little straight bar mullen mouth that worked great for the mules does not work for him at all. Snaffles seem to be the same. So, what I've done (and will be experimenting with) is found a high ported snaffle with a Wonder Bit ring, the English kind. This is not a bit I would put on a normal baby, but he is not a normal baby. By setting the headstall on the top part of the ring, and the sidereins on the snaffle, I can set where the port will lay in his mouth, i.e. not acting on his palate. Rather, what this hopefully will do is both create tongue space for him, but also the high port should make it really hard if not impossible to get his tongue over the bit. I'll report back to see if it works! 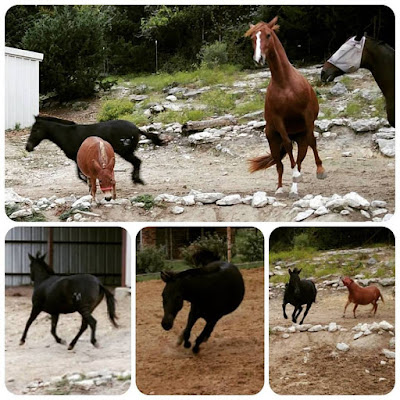 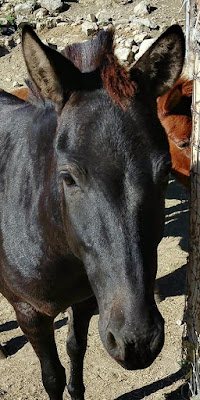 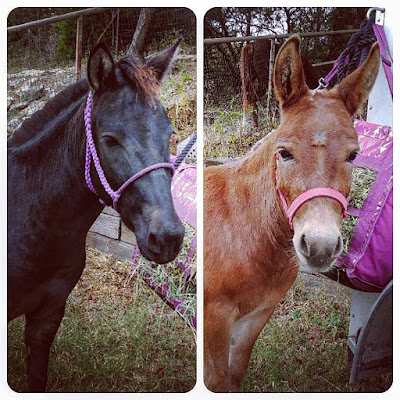 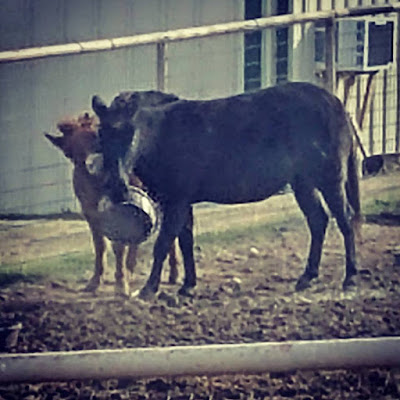 Well well. I AM still alive believe it or not!

Part of the reason I've been out is that a dog chewed up the power cord to my laptop, my preferred blogging platform. I don't like typing on my phone or my iPad, and haven't gone to replace the cord yet. I'm actually on Future Hubs' laptop right now. And he's part of the other reason I've been too busy to blog - instead of Future Hubs, he is now actual Hubs! Our wedding was in November and it's been a complete whirlwind before and after, with wedding prep, work, and horse shows taking up every second of every day. I just haven't had time to blog... I've barely had time to sleep!

Despite that I have a LOT of updates! What I'm going to try and do is put up a brief catch-up synopsis for each horse. I have a lot of show updates from Dylan, and I have a new horse! Quite on accident actually... that's a whole story in and of itself. Wow there is a lot to tell. I'll never get it all out but I'm going to make sure I at least get the highlights, and I want to go over my 2018 goals too. I may not do a 2017 Yearly Review, seeing as a whole quarter of the year is missing from the blog, but we will see. I have a week off starting on the 28th, so I *should* in theory have some time to write!!

2017 was a year of highs and lows. It was better in a lot of ways than 2016 was, but there were some decidedly bad parts to counter the decidedly good parts. I have a feeling though that 2018 is really going to be a good one. I feel much better about the coming year than I did coming into 2017. And 2017 really did play out like I expected... I made a point to make the best of it that I could, and all of the things that I worked hard for all came true, but inbetween those things it was about as rough as I expected. 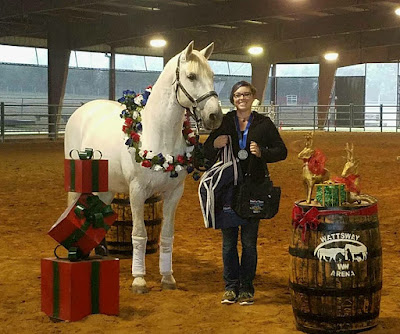 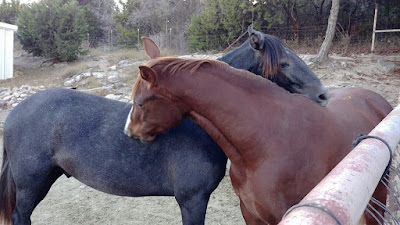 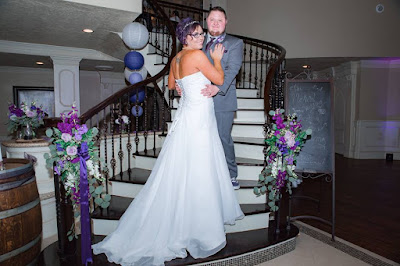 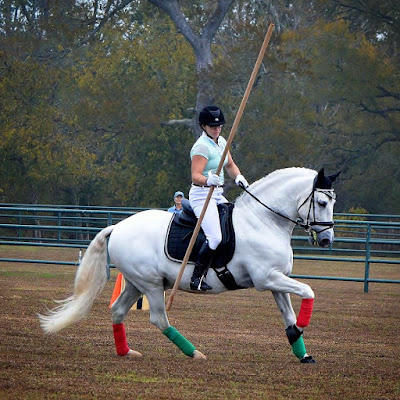