Well.... Immy is still at the main farm, with no word from the owners about when she is going back at ALL. We have no idea why or what is going on. I thought for sure she would have been sent back to the ET facility and would have become mine a month ago, but apparently not. The only thing we heard from Elvis' owners was that Elvis was going to leave our farm last week and move to a new one. Well that didn't happen either... we heard no more about it after that, and Elvis is still here too. 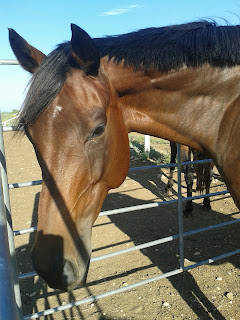 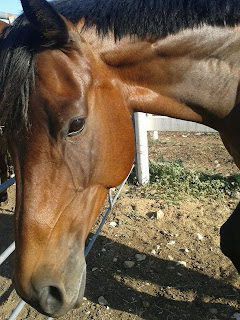 Does she not have THE most beautiful face ever? Maybe I'm biased, but that gorgeous eye makes me melt every time I look at her.

By the way, how about that vanishing belly and improving topline? She isn't in work yet, since she is still at the work farm, but she is now turned out in a pasture that has a roundbale at the bottom of a hill, and a water trough at the top. She has to walk back and forth up and down the 4 acre hill all day in order to get food and water. It is definitely helping!! 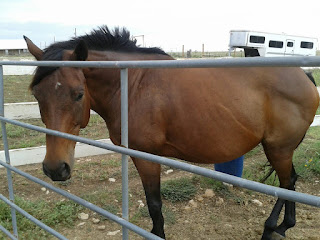 The plan for her (if she doesn't go back anytime in the immediate future) is this: start playing in the roundpen this week, doing bits of groundwork and leading as well as introducing the idea of lunging. She has a few basics under her belt, but not many. When I first started to work with her, she didn't know (or couldn't deal with) anything at all, not even being haltered. While she was pregnant, we managed to add all these things to the master list of stuff she knows:

Stuff Imogen Knows How To Do:
- Halter
- Lead
- "Tie" (not hard tie)
- Crosstie
- Pick up all four feet & stand on the hoof stand for trims
- Shots & deworming (with only minimal fuss)
- Stand for sprays
- Stand for grooming & touching of all parts, ears & legs & belly included
- Blanketing (mostly)
- Flymask
- Baths (including water on her face)
- Catch in the field

Stuff Imogen Doesn't Know How To Do:
- Everything else

Considering that the majority of stuff that we worked on was done in the three months I worked with her before she had the Red Pest, I think that's a pretty good start. From here, we continue working on general handling and leading, and introduce the idea of lunging and moving away (and yielding to) pressure. Despite her timidness, she is a very quick study, so care needs to be taken that things get introduced properly the first time around. She is definitely one of the smartest little mares I've ever met in my life. 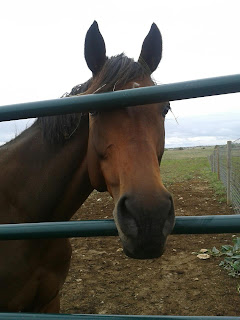