So, it's kind of hot in Texas right now. 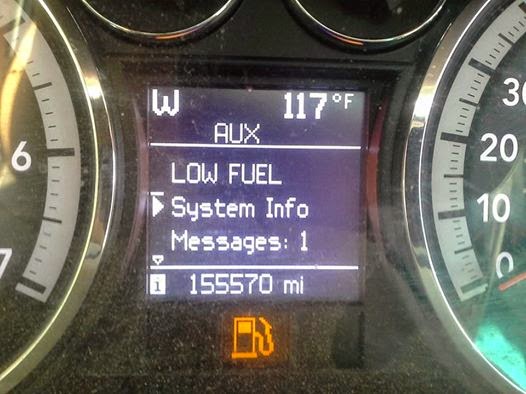 Yes yes, I know I clearly needed to fuel up but who wants to get out of the AC when it is freaking 117 out!?
We thankfully were in a little erm, hot pocket per se, and it cooled off shortly to a balmy 110. Currently today it is cooler with a high of 106, and "dangerous heat warnings," which basically means "for the love of god just don't go outside."

With that said, the horses either get worked at the buttcrack of dawn, at the last rays of light, or just not at all. We don't have an arena or lights, so we just work with what we have. It's pretty nice out first thing in the morning, if something else isn't already scheduled and in the way. It's not half bad in the evening either - once the sun starts to go down, the humidity is low enough that the temp drops back down to 'relatively reasonable' status pretty quickly. 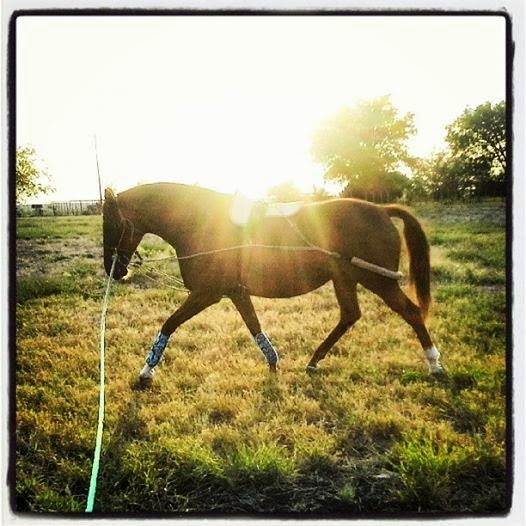 All the driving and bodywork we've been doing has only helped O. She has a little bounce to her trot that she never really has had before - a little loft per se. Once she gets going forward that is... she is also a LOT quieter than she ever has been before, which is definitely a trait I want to continue to cultivate.

I managed to get a Very Boring video of us driving today! I'm sorry that it is as boring as it is, but remember, Janky currently doesn't even have a seat yet, so I only have a metal pole to sit on. There is only so much bouncing around that my poor butt can handle! I'll get around to repairing it this week.

Beep beep, here come the noobs! Lesson on how Not To Do It: have your old mare follow you around for a little while during your warmup for some exercise. NOT the safest thing to do with a green driving horse, but the fastest speed Pmare ever chooses these days is meandering walk. Later in the video, you'll see her parked in the far right corner, just keeping an eye on things.

I have to admit, being lazy and poking along at the walk/trot is not something I ever expected this mare to do! 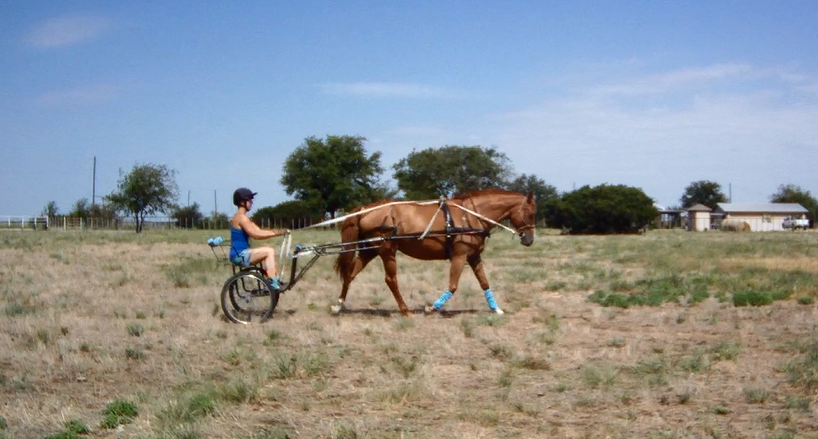 Janky blew a tire today as I was putting it away, so I will need to repair that (just needs a new tube I think) as well as get a seat made. Having pneumatic tires is kind of a problem as we have some bouncy terrain to work with, as well as have a zillion goatheads. I will probably need some heavier duty tires if I don't want to risk a real blowout while underway.

Poor O also managed to get herself into some fire ants. They leave these horrible little oozing welts all over, which are itchy and nasty and can make them feel kind of crappy if they get bitten by enough of them. She luckily did not feel bad, but she did manage to get some of them under her flymask and rubbed her head raw: 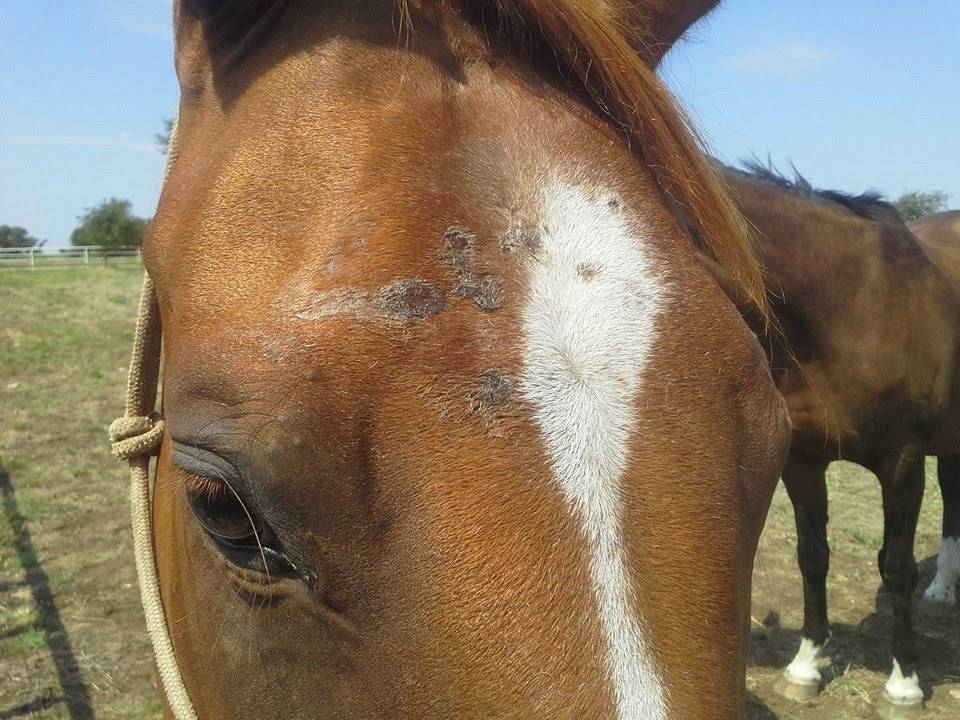 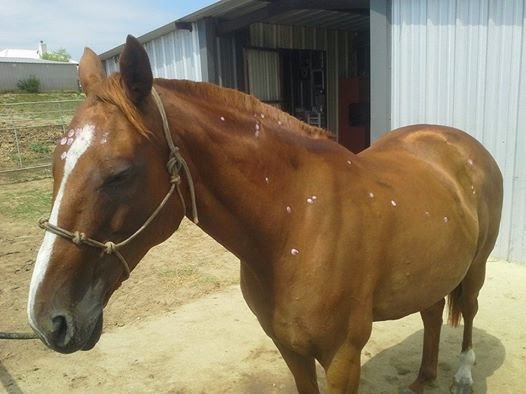