Three years ago today, I said goodbye to Gogo. Many of you remember the journey. She was my best friend, partner in crime, co-conspirator, and reason for getting out of bed, every day. She governed my every thought and move, and we were a package deal - one came with the other, and that was non-negotiable anywhere. We adventured together over the years through 15 different states and who knows how many miles, more memories than I could ever write down (though I tried my best). Her memory lives on in the pictures, the ribbons, the artwork that her doting admirers made for her that is still on the wall, and always will be.
At the time, I summed it up with this: "Life without her is like learning to walk all over again using different legs. Or possibly two legs instead of four... I'm not sure. Either way, it's awkward and uncomfortable and very, very sad. Time will work magic on all of this, as it always does, but it will take a long time." As always, time is the same great healer that it always has been, and this year I don't feel so bad. Life hasn't been the same without her, but it has become a new thing, a good thing. Wherever Gogo is today, I know she is lording over everything, beating the hell out of every other horse there and eating everything in sight, and you can't help but smile at that thought. She was, is, and always will be, The Marest of Them All. 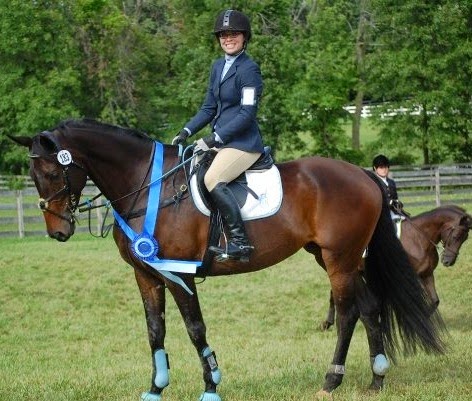 On the year anniversary of her death, I summed it up as thus:

"I am struggling to find the words to begin this post. I've been sitting in front of the computer for a listless hour, unable to find a good place to start, so I suppose I'll just launch into it bluntly: today is the one year anniversary of Gogo's death. There, I have a start... perhaps now the words will come more freely. I feel very much like I've been stoppered up for the past year. When she died, the poetry just went clean out of me.

I'm not entirely sure of where the past year has gone. It seems like October 11th of last year was such a long time ago, but I can't hardly remember what has happened in the past year to make it so distant. Twelve months into this grieving process, I don't feel better and I don't feel like myself still, but it has taken this long for me to realize that I am not the same without her, and life is not, and will never be, the same either. It isn't that life is now somehow less or is badly off, because it isn't. It's just completely different, without anything else actually having changed. I am still with Future Hubs, I still have all the same critters, still have the same job, still living here in Texas. Those things are all as wonderful as they have been. It is just me that is different... I am not the same as I was. Losing Gogo was a bit like someone forcefully cutting me in half and tossing one half of me back out into the world to keep going. It is very confusing trying to relearn how to live your life when half of everything you value and love is suddenly gone one day. You can prepare for it, if you know it is coming. You can ready yourself, steel yourself, prepare to lose it, surround yourself with loved ones, or push them all away just the same. It doesn't matter what you do, because you won't know how it really feels until it happens. Then, and only then, will you realize just how thoroughly unprepared you were to live on through unthinkable tragedy.

I know it sounds extreme. Honestly, just putting it out in writing sounds like I survived a war instead of just lost a horse. But those of you with horses in your life - probably most or all of you, I am assuming - know how much they affect you, and those of you who have lost them will understand. To those who haven't yet, I don't wish it upon you, but that day will come. On that day, you too will stand with me and feel that horror and pain and sorrow, and will still know in your heart that life is better having had and lost them rather than never having known them at all. But you'll never be the same again.

Not a day goes by when I don't think of her. Hardly a week passes when some memory, picture, or video doesn't make me sob like a baby or ache with sorrow. How could they not, when so much of my life revolved around her? She defined me as a young adult, molded and changed and shaped me into the person I am today, and her loss affected me just as hard as her life did. I am different now, and I will never be the same again." 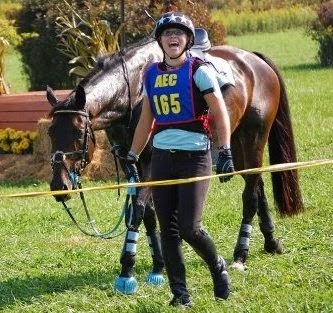 This year, the tonic of time has worked its magic, as it always does. Gone are the days when I would fret and cry and mourn every moment without her. For a long time, any horse I swung a leg over was compared to her, and of course none of them came anywhere close to the wonder that she was. But O changed all of that for me. O is probably about as different from Gogo as is possible, and has gone out of her way to make sure everyone knows that she is not interested in filling those shoes. She has her own agenda, her own personality, and her own talents, and throughout the journey, it has helped me learn, and brought me peace. 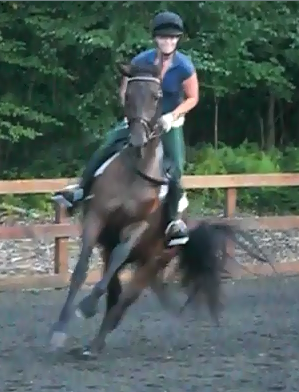 Gogo is not replaceable. Not by a long shot. There will never be another like her, and I think that is the way it should be. In a lot of ways, she was a horse from a different era, one that defined a certain section of my life. She was my Northern Horse. Nearly everything in my life changed when I moved to Texas, and she gracefully exited life not even a year after we had moved. Her memory makes me reminisce on crisp fall days, blizzard weather, green grass, little mountains and big forests. I was an immature wanderer, full of wildness and restless prowling; she was full of grace, deliberate and supple in her every move, keeping me humble every day. Life is very different now - I'm not so restless anymore, settled down relatively permanently in one area, with a lot of responsibilities to maintain, but it is right where I have always wanted to be.  She molded and matured me into adulthood, perfect teacher that she was. I'm not saying I'm terribly great, but I'm not half bad, and, more importantly, I'm happy. And I have her to thank for getting me here. 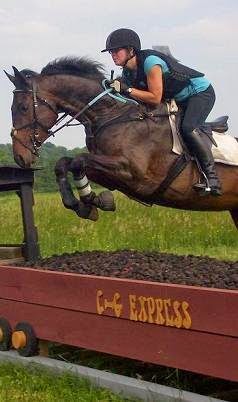 Rest in peace, my Mostest Mare. You're in my heart, now and always.

Email ThisBlogThis!Share to TwitterShare to FacebookShare to Pinterest
Labels: Gogo