The Definition of Insanity

Last year, I decided to do a bit of experimentation with O's bits. And you will want to read that one before you continue on to this one, because they are related!

O goes in her Happy Mouth mullen mouth eggbutt. Exclusively. That's it. Solamente uno. It's her soulmate. Her best pal. Her favorite piece of tack. Every other bit on the planet = her worst enemy. I know this about her and up until now I haven't questioned it once. I questioned it A LOT way back when I was trying to figure out just exactly what makes this weird little mare tick, but now... now I know better.

Except when I DON'T know better. Last week, O had a drive when she was just a hot iron-mouthed mess. Over the winter I've noticed that she has been spending a bit more time falling onto her forehand and bearing down in the bridle. At first I took this as something that wasn't a bad thing, because it meant she was taking a contact - but since most of what we did this winter was just trotting up and down the road, she gradually started to get a little more lazy and sloppy and I didn't really have much ability to correct it. It was just SO wet and rainy for the first part of the winter and there wasn't anything I could do to change that. Now that we are in a holding dry pattern, and I can drive in the pasture again, I decided I needed to get her back moving forward and working off her hind end a little better. We had a four mile drive in the snaffle that basically was just O hanging on my hands the entire time. I decided it was time to try the Liverpool again.

I know she hated the liverpool in the past. She hates literally every bit except her regular snaffle. But I figured maybe she had matured a bit, and that it would go much better..... right? 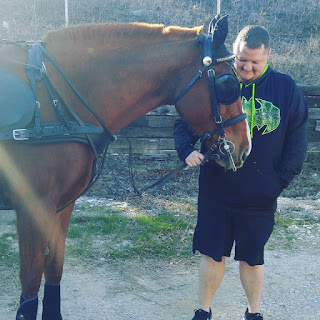 The definition of insanity is doing the same thing over and over, but expecting different results. I don't know why exactly I was expecting different results when I knew exactly what she was going to be like in the Liverpool, but apparently I'm just that nuts. Just like last year - literally over a year ago was the last time I worked her in the Liverpool - she would go along fine, then throw her head in the air and hit the brakes as hard as she could, and roll her tongue out of the side of her mouth. This is the only bit she does the tongue thing with.

Well, there you are. Back to the snaffle we went!


I think the reason she has been a bit hangy and lazy is just because she has been in lighter work and she is less strong than she was. She's not unfit by any means, she just hasn't done a lot of lunging or dressage work lately, and she is definitely needing more. She's been lunging in the Fauxssoa again with good success, and on Sunday B2 came over with her husband to a) help catch Zuul, who is still being a bit feral post-castration, and b) drive O in the field for the first time. I wanted to make sure I had someone hanging off the backstep with me - and I'll need to weight the backstep when I don't have someone to ride along with me. Things get way more complicated when you go from a 2-wheel vehicle to a 4-wheel one. It's that much harder to hitch up alone, and to drive alone too. 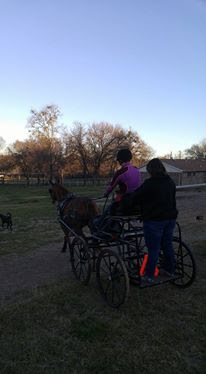 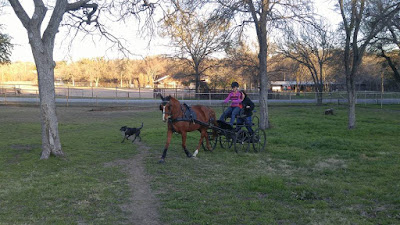 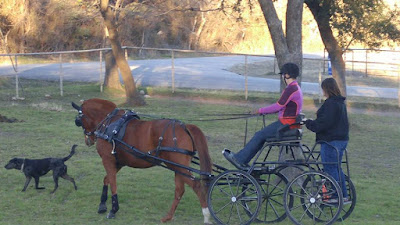 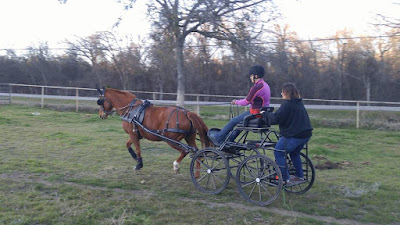 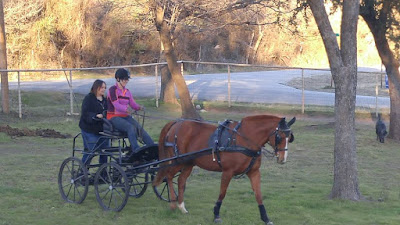 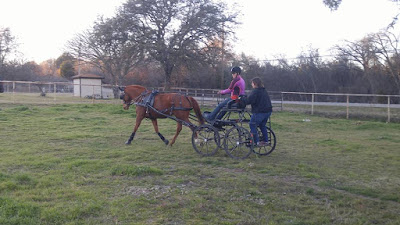 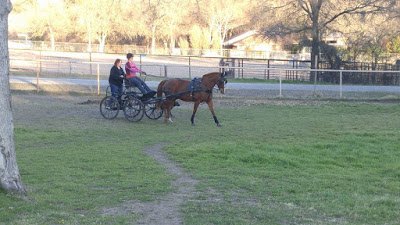 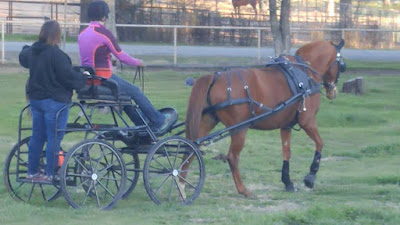 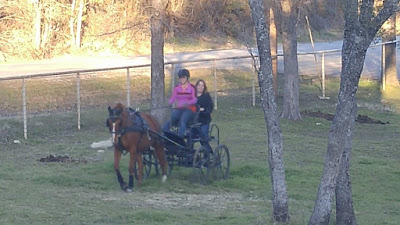 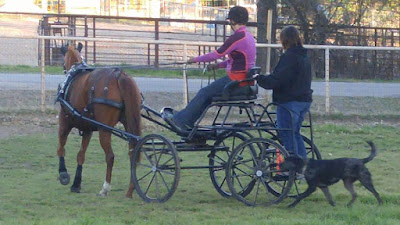 She did very well - even cantered a bit. By the end, she was starting to be quite malleable in both directions, and was moving forward well without being lazy or bearing down on my hands. This video was taken early on in the drive - it looks fairly good there, but it got better as we went on. 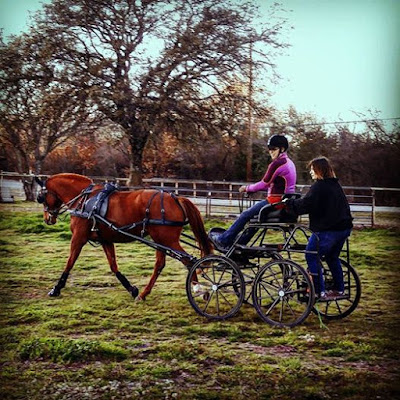 
In other news, I got a cheap training harness for Ledri off of one of the other driving ladies. She has worn it twice now, and lunged in it once - with breeching, crupper and all! She did has a little bucking fit the second time the girth went on, but that's not terribly surprising. She'll get better and better as we go on. She is lunging quite well, getting better every time!

I still can't get over the mini polos. They're just so cute it hurts.

Speaking of so cute it hurts: 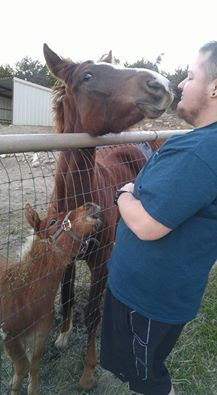 The babies love Future Hubs. He gives them carrots, and they think he's the best because that's all he does! He says I can't ever sell Pax because she is *his* horse... I guess that's that then!