We're having a great week down here in Texas. The weather is hot but not blazing, my extreme work schedule has finally lightened a bit (I like to set it up where I bust my butt for a stretch, then rest for a stretch), and we're enjoying ourselves tremendously. Things are SO fun when your horse actually enjoys what they are doing!

On Tuesday, I decided to have a little fun with O, and stuck her on the lunge line to let her jump some of the XC jumps out in the field. I thought it would be fun for her, a nice little change in our routine. I was surprised to find that I was completely wrong... she did NOT enjoy it whatsoever. Some days I feel like she thinks jumping is great fun, and some days I feel like she absolutely hates it. On this day, I lunged her to warmup, and she galloped around me like a maniac for a few minutes, absolutely crazed. When she finally settled, I let her go to the first jump... and she about pulled me off my feet trying to go around it. Four, five, six attempts... she fought me with all her power, trying to NOT go over the jump. Finally I chased her over it, and she jumped out of her skin over it. We went over it a few more times successfully, and then moved onto a second jump.... where we had the exact same set of refusals. We did end up going over the second jump successfully several times, but by this point she was completely lathered in anxiety sweat. We hadn't even been going over the jumps for more than five minutes. I decided to stop there, reward her for being a good compliant girl even though she was clearly unhappy with the entire process.When we finished, she gave a huge sigh and dropped her head, almost saying "oh thank god we're done with that crap."

This mare makes no apologies for who she is. She likes what she likes, she hates what she hates, and she is going to tell you exactly what she thinks about all of it. While I am a pretty firm believer that you can train just about any horse to do just about anything, you can't help but respect that. She is willing to go straight to hard work for me in a different sport, so it's not about just being lazy or belligerent. She is just completely cut and dried clear about the things she doesn't like.

And one thing she DOES like is motoring on down the road! On Wednesday, S rode her big yellow horse and I drove O down the road. This was her first time going out with another horse while driving, and she also had her blinders on. I wasn't sure if she would totally lose it if she could hear the other horse but not see him, but she actually was very pleasant to drive with the blinders on. She could hear the other horse and was happy to have him near, but wasn't looking for him. Usually when we ride out, O loves to be right up his butt the entire time, but when driving out with the blinders she was happy to walk along at a good clip. We trotted for a ways, walked for a ways, and had an excellent time - we were out for around 2 hours of fun.

GPS of our drive! 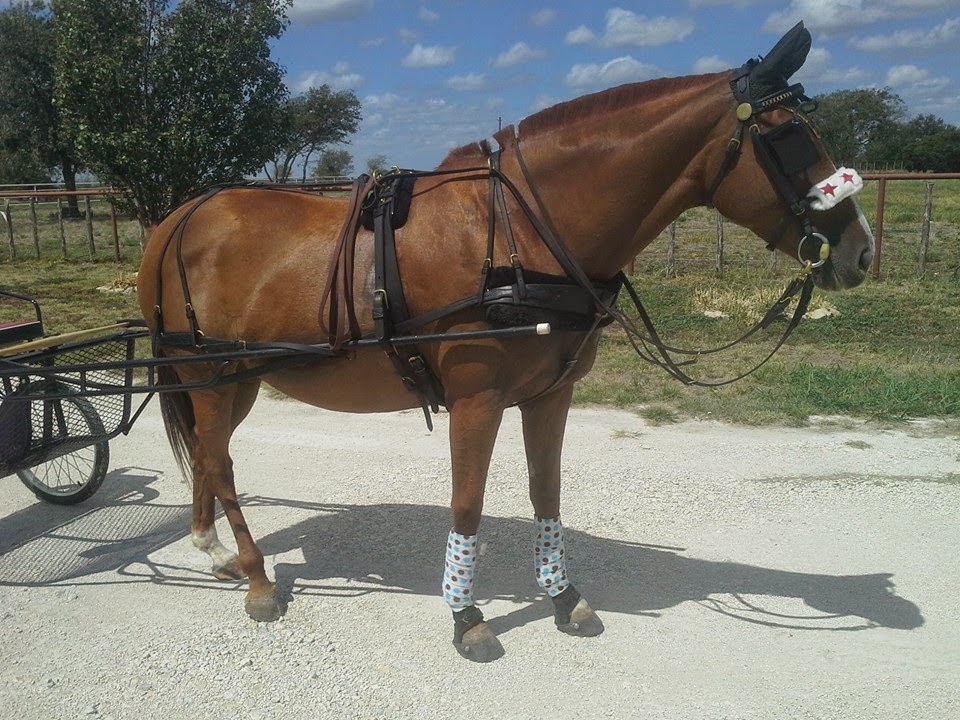 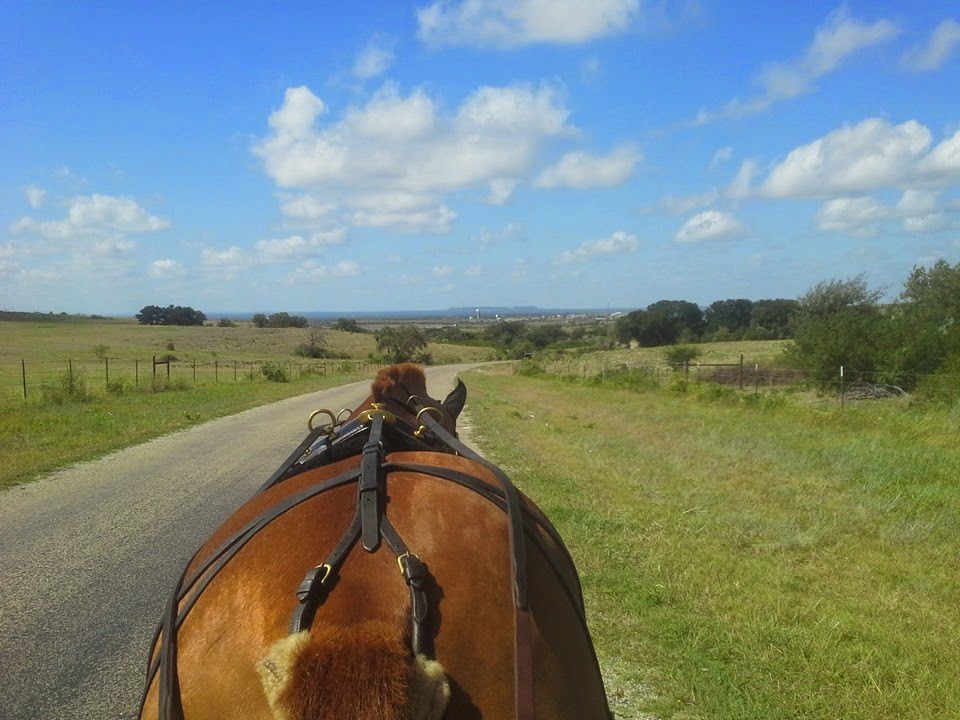 She wasn't winded or tired in any way. But that tail is a sad story... she's not rubbing it, it's just sort of sunbleached and crappy and scruffy at the top. The rest of her coat looks fantastic... her tail is just pathetic. I am Tailmasta no longer :(

Today we did some flatwork/dressage type work in the field! We worked on moving forward and still taking a steady contact (her contact gets a little wobbly the more forward she goes), suppling side to side, and bending properly. I had a total duh moment with the bend - if you hold the outside rein and bend via the inside rein instead of just using your inside rein, she actually bends properly! DUH! I knew that, that's not anything new, but I just didn't make that connection in my head until now. And as you can see, the result looks pretty decent!: 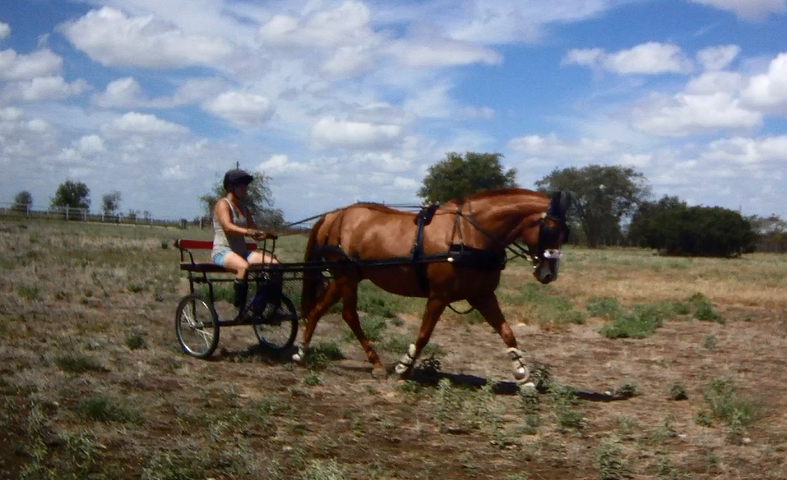 I have some video of it, if it ends up being not terribly boring after I finish editing. Currently it is mostly walk and VERY boring.

She is something else, this kooky red beast!