The ADS show on Saturday was GREAT fun. They didn't have any technical volunteer positions left at the show, but they found some places for me - handing out ribbons in the morning, working the arena gate in the afternoon. One of our local carriage makers took me under her wing for the day, and the judge spent quite a lot of time pointing things out to me as well - since I was handing out ribbons, I got to be in the arena for every class. They had quite a lot of classes, more than I expected would be at an exclusively pleasure-type show - but I also had no idea what to really expect, so it was all pretty much a surprise all day long. There were the turnout and working classes, to be sure (the ones where you roundy round the rail and are judged on your horse's manners and your turnout/dress/vehicle/harness/etc), but there were also some reinsmanship classes where you had to negotiate a pattern of cones and do a bunch of pre-set movements at each one (circles, halts, backing, etc), and they had some actual cones courses as well. I oogled at all the sparkling harnesses and beautiful gleaming carts, and tried to pick out specifics and ask questions whenever I could. Everyone there was super helpful, super willing to talk with me, and super nice. (This is a nice change from the barrel people who are just, well, you know... barrel people, and from the endurance people, who were all frothing at the mouth and established in their little cliques and completely unwilling to give me the time of day beyond yelling at me for random things. I've always been involved with the dressage/eventing folks, so I know how to expect them all to act, but going into a new sport, you never know how people are going to treat you as a noob!)

I'm also pretty sure I was by far one of the youngest people there... apparently driving is supposed to be an safe old people sport. I personally feel like driving is less safe than riding is, but maybe that's because I have every confidence that I will be able to stay on a rearing, spooking, bolting horse without a problem. I've always had sticky britches - I rarely come off with those kinds of antics. But with a cart attached, that situation quickly becomes a dangerous wreck. People always say that if a horse is involved in a driving wreck, it will probably never drive again - if a rider falls off, a horse is still a riding horse. There must be some kind of false sense of security that comes with driving a really quiet animal though, because I saw lots of very safe, very quiet animals at the show. As for me, I'm not prepared to let my guard down for a second!

At the end of the day, the carriage maker even took me out into the field to go walk the cones courses with me. It was completely out of the kindness of her heart and it was so appreciated! There were two cones courses, which kind of run like stadium courses (i.e. don't knock anything down and make sure you go around the course with the red marker on the right!). These two courses in particular were unique; the first was a Fault-And-Out class, meaning you went around the course at a timed interval, and if you knocked anything down, you were done. If you didn't knock anything down, you just started back over at #1 and kept doing the course again until you knocked something down or your time finished! The second was a Reverse Psychology course, where you'd go through cones 1-10, and then circled back around and did the same course in the reserve order, 10-1, with the white now on your right (so taking them backwards). It looked like a ton of fun, and I wish I had gotten to see the courses run, but alas they were all set to go on Sunday and I was working. Oh well!

The last thing the ladies convinced me to do before I left was to agree to come to their little driving playday on the 27th. It's at WD, which is the place where we used to have our membership, so O has been there a million times. There are a bunch of little obstacle courses in the arena, and it's all very informal (i.e. I can show up in my little metal cart wearing jeans and nobody will care). So I said yes, let's do it!

Of course, I figured that maybe we should start practicing doing some obstacles, since we've never done that before.... 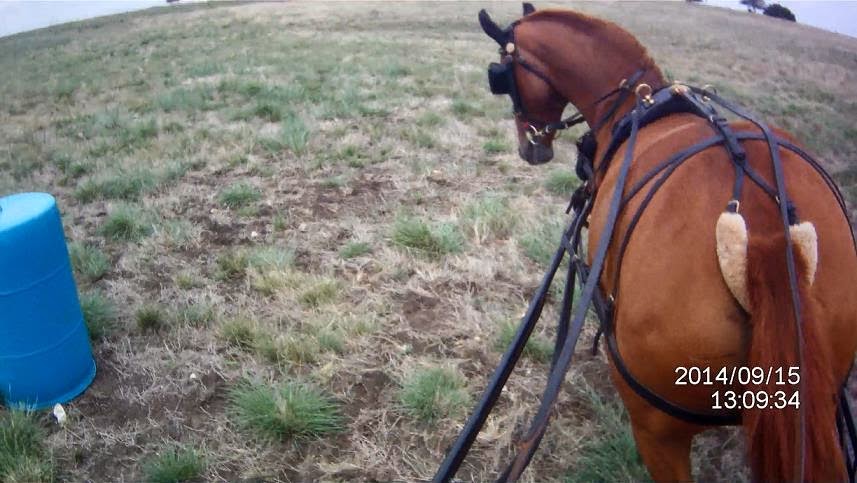 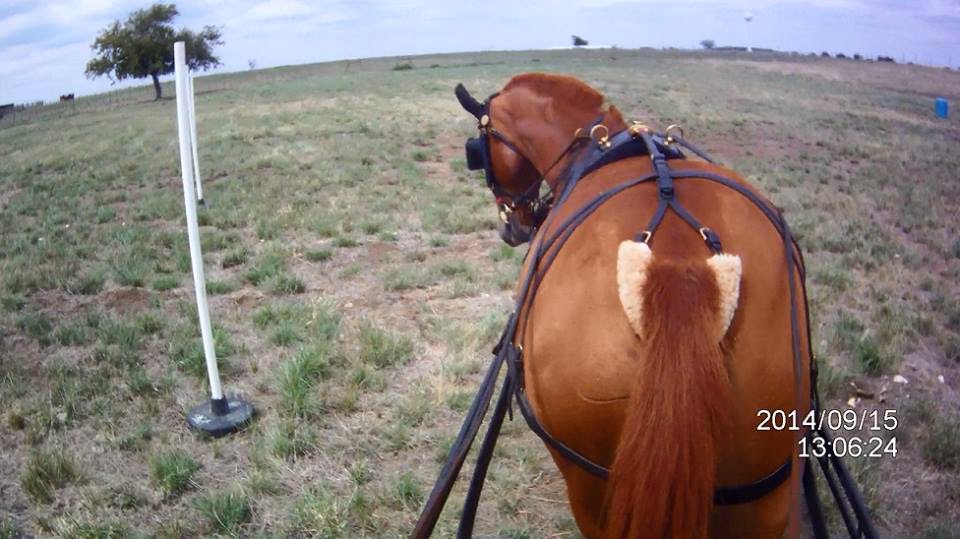 Turns out, horses CAN do barrels and poles with a cart, who knew? Next stop, cones and marathon obstacles! 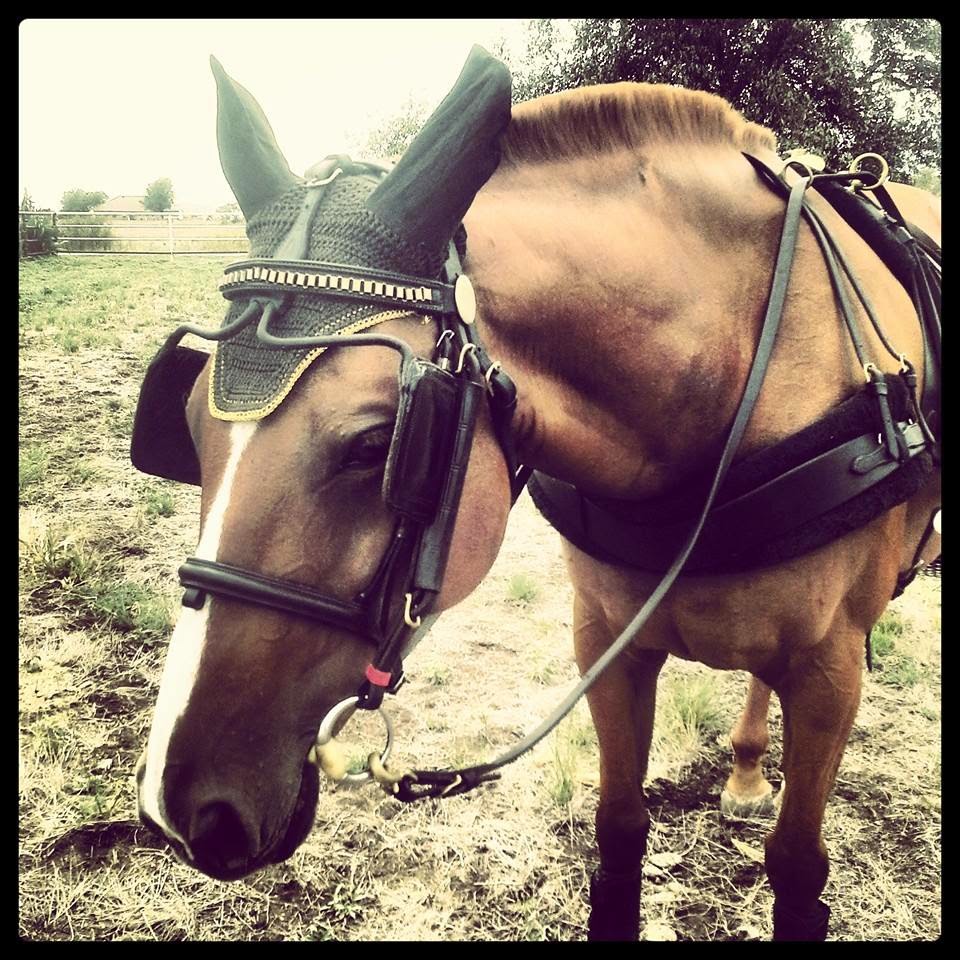 She says, phew that was hard work.

I have all of the little courses sent to me in PDFs, so I'll make them into images and then can share with all of you. We might have to make a big flashing sign that says BEEP BEEP NOOBS COMING THROUGH for the show....