The Adorable Face of Evil 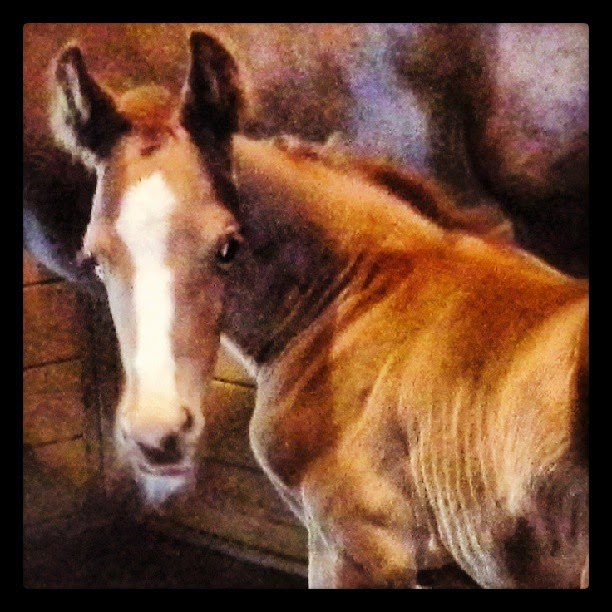 Don't be fooled, it's the face of a diabolical little demon who wants to lure you in with your cuteness and then pounce!

The filly is 6 days old today and she has gone through a lot of personality changes this week. She was born VERY strong and very suspicious, and while we had our hands all over her the first couple of days, she was still highly suspect of the people and not at all pleased to be handled. She perfected the redheaded filly trick of rear-buck-strike all at the same time, and when that failed to free her from the evil grasp of the people, she proceeded to throw herself on the ground a few times. When all that got her was to be picked bodily back up onto her feet again, she quit, and now all she does is half heartedly rear and try to walk away from the people on her hind legs. I've handled lots of babies over the years and this one is pretty high on the list for early-age stubborness!

Because I didn't want to make her hate the people - I want her to like the people! - once she was wearing a halter, leading and picking up her little feet, I left her mostly alone for the past few days and just let her come investigate us as friends and not 'the people that come hold me down and put my halter on'. There's a really fine line to walk with babies with this kind of personality - you don't want them to grow up to be evil feral demons, but you don't want them to hate the people. This trick worked - her curiosity overwhelmed her and she HAD to come see what the people were doing. As of yesterday she was happily coming over to the people, getting petted on the chin and chest, and wanting to engage in mutual grooming.

She also took it to the extreme other end and reared up on both L and myself yesterday. As we both happened to have a cleaning implement (shovel, plastic pitchfork) in our hands at the time, she got scooted off at high speed with the wave of a tool. She didn't try it again to either of us, but she will! It's partially play and partially domineering. And 100% pleasing to me. I will HAPPILY have a domineering booger of a filly in my barn vs. a skittery nervous one.

I am also waiting on P to do ANY kind of disciplining of her little red monster child. So far she has let her get away with everything, from rearing up on her mother repeatedly, to turning around and repeatedly ramming her butt into her mother's side, to lashing out and kicking P over and over with her little needle hind feet. P hasn't so much as even shoved her over to get her to stop. I have a feeling that as she ages and becomes less little and fragile, P is going to get really tired of this crap really fast. It won't be long before that baby is getting some very hard chomps in the butt, or at least I am hoping.

This stallion seems to be throwing babies that come out highly suspicious of the people. They all seem to turn into sweet cuddlebugs once they are weaned, but they all come out totally evil to start. Some babies are immediately curious and friendly, and want to come over and get scritches and love. Some are nervous and skittery, and run from people, no matter what kind of imprinting/early training/whatever you did or did not do. And some, like mine, are a combination of suspicious and domineering, and they have to push all the limits right from birth. 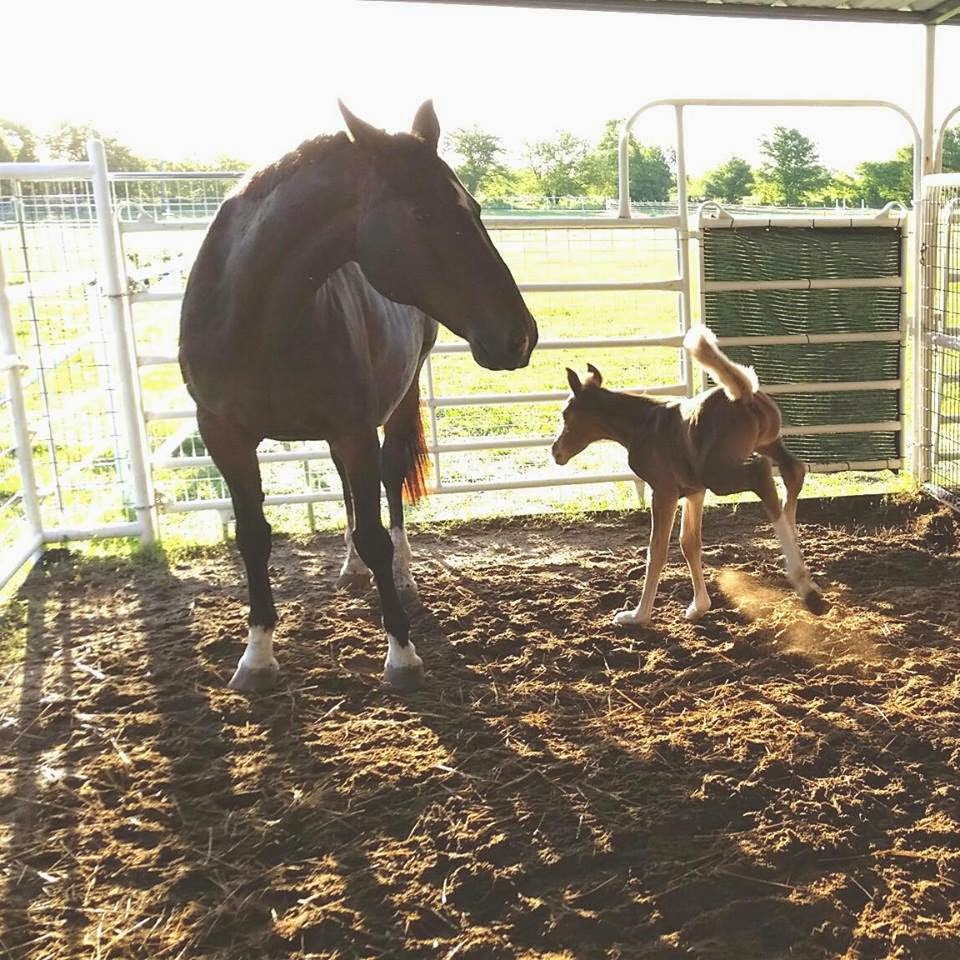 We'll have to carefully balance the "we are your friends!" and "ok now it's time for school" sessions with this one. If it ever stops raining we can get outside some more too!