Peeling back the layers of a severely abused mare sometimes offer up surprises that are both eye-opening and very sad. It is clear at this point that whatever was done to her was done repeatedly and in serious excess, and putting her in the roundpen and having someone aggressively chase her has brought back memories of trauma. That is the exact word for it... she is traumatized. If one single session of real roundpenning did that to her, I can't imagine how deep her fear runs. My poor, sweet baby... we have some backtracking to do.

We'll have to face going back in the roundpen at some point, that is for sure. I don't want her to associate the roundpen with terrifying things, seeing as that is where I want to back her for the first time, so maybe in about a week or so I will just take her in there for some low-key work and some love. For now, however, I just need to focus on getting her mind back and relaxed again.

Yesterday, I wanted to go back over the idea that ropes are NOT scary. She was totally fine with ropes - TOTALLY fine! - up until she was roundpenned. After that, they were terrifying - S slapped her all over with it, chased her with it, and pulled it over her ears in an attempt to desensitize her. It completely backfired, and gave her a reason to be afraid of ropes instead. This video is really, really long - like 10 long, boring minutes of pretty much nothing except getting her to relax - but if you watch most or parts of it you will see the difference from beginning to end. She starts off practically leaping away from me when I raised my arm with the rope, to lowering her head, to leaning into me instead of leaning away, to finally following me around at the end of a very loose and long line. She needs lots and lots of this, every day.


This morning, I wanted to see if she still remembered how to properly lunge. Unfortunately, the roundpenning very effectively backtracked us a few weeks - she had been doing absolutely fantastically up until now, which is a real shame. Today, she kept slamming on the brakes to wheel in to me, was gritting her teeth while chewing the bit (it w`as a new bit, to be sure, so that could have had something to do with it), and kept exploding backwards every time I went to correct her for wheeling in to face me. It took a little while, but she remembered what she was supposed to be doing, and I had a proper walk and whoa at the end of it. She was still wanting to whoa and turn in towards me (I HATE THAT!!) but at least she stayed out where she was supposed to instead of coming in to me. (Why natural horsemanship people want their horses to come barging into their personal space is beyond me, even when invited. To me, it is much more natural for me as the leader to come into THEIR space, not the other way around!) But I couldn't raise my hands at her - she bolted away from me every time, absolutely terrified. Even when we were grooming, if I raised my arms too fast, she went shooting away in the other direction. This is brand new and a direct result of being shooed away while roundpenning... sigh. Given everything that has happened, she was really quite good today... she could have been a lot worse. She had frenzied, frightened moments.... but once she was calm, she was very good.

I also can't believe how much weight she had lost in a single week. She must have dropped 75lbs... she's not totally emaciated, to be sure, but she's not the thick, healthy, muscular mare that she was one week ago. Observe: 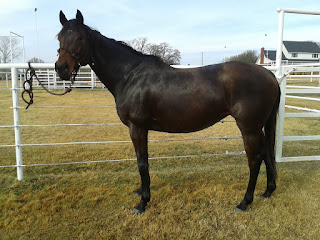 It makes me want to cry looking at that picture. I can NOT believe how the weight has just come pouring off of her in ONE WEEK. I'm going to say it's probably 100% certain that she has ulcers by now, despite the fact that she lives out 24/7 and has free access to pasture and hay, is on a really good pre/probiotic with colostrum and beta glucan, is on aloe juice/slippery elm/marshmellow root/chia, and eats a very high fat, minimal stach/sugar diet. I tripled her aloe dose, doubled up her fat, and am looking into some other options, but I think the main thing to do this week is just to STOP all physical activity and not ask her to do anything stressful at ALL for the next week. We need to stop the weight loss immediately, and I think the main way of doing that is to minimize stress and maximize comfort, relaxation, and food. I'm trying to think of other things that can help her... another digestive supplement? Calming supplement? Immune-boosting supplement like APF with adaptogenic herbs? Ideas?

I could just kill whoever did this to this sweet mare. You know the funny thing about her jittery personality? She's not spooky. She's not spooky at ALL. She will go anywhere and do anything, and new things don't concern her in the slightest. It is probably why she walked into the pool no problem for the first time, and why she never so much as tucked a tail at her first saddling. The only things that scares her are threats to her own personal safety, and PEOPLE. People did this to her. Had the people in her past life only taken the time to be nice to her, she wouldn't be like this at all.

What a horrible week. Amazing how it is the little tiny things that can completely throw everything out of control. 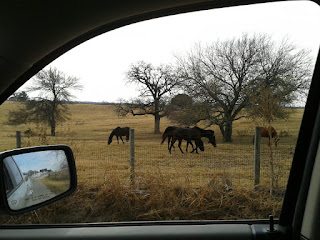 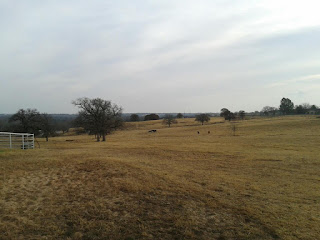