So.... I have been keeping a surprise from you all! I'm bringing another horse home!
Now, don't get too crazy excited - this is a project mare for resale. She's a 7 year old Selle Francais with some training issues that I am picking up for dirt cheap and will be able to make a very nice profit on when she is ready. I wasn't looking for a project horse, but just happened to stumble upon her, and saw a golden opportunity. She's sound, friendly, adorably cuddly, and has some serious raw talent - she's going to be great once she gets going. She's been allowed to rule the roost for too long, so she'll be getting some serious bootcamp manners, and then her butt will be back in work!

Her name is O-Ren, and I have only a few pics of her so far (none of which are good, seeing as she only wanted cuddles and snacks during picture time): 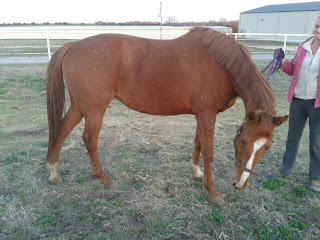 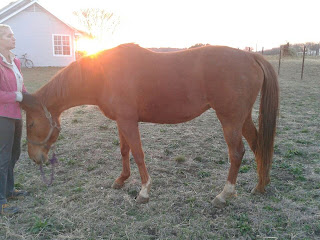 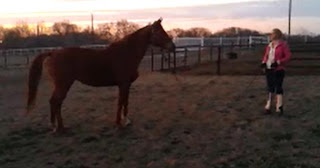 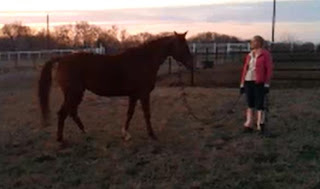 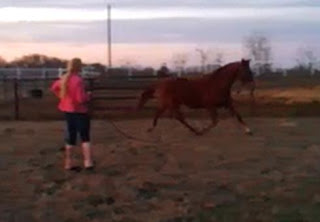 Obviously, she has some training but no manners. She was jumping around 4' last year, but was bombed around on by some idiot trail rider who tried to teach her sliding stops (read: galloped her and then hauled on her face until she stopped) and now doesn't want to go forward. We'll have her back to that in no time!

I'm picking her up tomorrow!! Super excited for this one!!
Posted by Andrea at 9:59 PM