Last week, I had a SUPER fantastic lesson with Ruthie G, one of our semi-local ADS judges. She came in to a nearby farm to give lessons, and I jumped at the opportunity to go take a spin with her. I've taken lessons with a few different people, as you know, but I think it's important to try everyone available out - you never know what you might learn, and you never know when you might sync up with someone that your really like. I LOVED this lesson! Ruthie is going to be coming back for monthly lessons to this place, and I plan on making sure I can always go.

One of the other ladies there offered me use of her carriage - which made everything work out super well. This was the biggest and heaviest carriage O has pulled and she did extremely well. 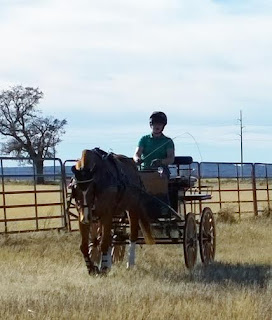 Our lesson consisted of a LOT of circles. We did lots and lots and lots of them, in sequences and in spirals in and out. Ruthie was quick to point out O's weakness bending right, so we worked extensively on that.


We also did a lot of stretching and coming back up. O never really stretched down, but she did stretch out, which was at least a start. 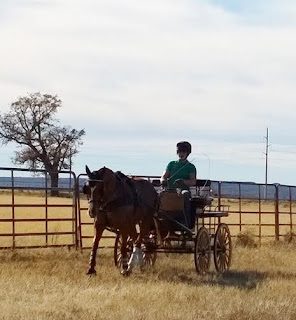 We also worked on the fact that when you do a downward transition with O, she immediately falls on the forehand and flops along. We think this is me - I just drop her instead of working her through the transition. A few taps on either side of her with the whip and making sure to not drop her made a big difference. The fact that I am now able to use the whip on O and have her not absolutely freak out is a HUGE victory for me.

I feel a bit like O has gotten a little lazy and heavy on the forehand. I have some earlier videos of her very upright and forward, and I think she has lost a little bit of that as she has settled into her work. There's only one way to fix that - more work, more development. If she is happy and comfortable enough in her work to be lazy, I can't complain too much about it... after all, we all know what she used to be like.

I think through the end of December she'll be on break, and then January we will pick it back up again. Christmas is a super busy time for me, and I'll be out of town all next week anyway, so it will work out to start fresh in the New Year and prep for next year's show season. Ruthie said that a few more Trainings under our best, and we will be ready for Prelim. I quite agree!

The little mule still doesn't have a name, but the zonkey does - we named him Zuul. As in, there is no Dana only Zuul.... 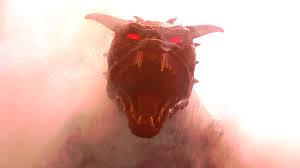 Funder named him. And it's basically perfect, and fits.

I can't tell you how quickly he has come along. He still of course has a very long way to go, but I have had him just one week and he has totally changed personality. He comes up to me now and REALLY enjoys his scratches. He even lets me scratch his ears. 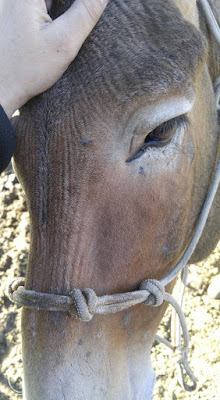 I decided to take a totally different approach to his training than I have anything else. I think he'll learn faster if we do most everything at liberty and with his cooperation, at least at this stage in his training. I think he'll be much easier this way, if he isn't restrained. As I understand it, zebra hybrids can get super aggressive and fight if they feel cornered or trapped - I'm not really interested to see what an angry zonkey looks like, so I'm going about it differently.
I've known a few people who used a bit of clicker training with their donkeys with great success, so I thought I'd try a bit of it with Zuul. I've never used clicker training before, but I have a good understanding of the timing of rewards, so I decided it would be a fun experiment. I certainly won't be using it exclusively with him, nor will I rely on it later. But to start our relationship out, I wanted to do some things with him that were fun and enjoyable - like learning to come over to people willingly, and to get a halter on without fuss. It's not terribly easy to train a super smart and completely feral adult zebroid, so I had to find a way to make him my partner in this.


I found out a bit more about his history today too. Apparently he was listed on one of the North Texas equine sale sites on Facebook with a $1200 price tag. He was owned by an older gentleman who didn't have Facebook, so another lady was helping him out. I contacted her and while she didn't know much, she did say that she knew he had delivered Zuul to another lady who was just looking for a companion for her horse/mule/something. He was listed for sale at the very end of October, and he came up at the kill pen at the end of November, so he wasn't in her care for very long. She turned right around and dumped him at the auction barn. 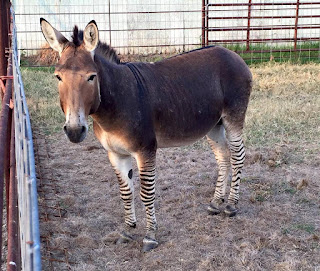