Life is a very strange and bizarre series of interconnected events leading you to places you never thought you would be, isn't it? Life. Is. Just. Crazy.

When I brought Immy home, I had every intention of turning her into an unbeatable show horse. I poured my heart and soul into her, dreamed about the things we would do, planned and schemed and plotted out the future but took it one step at a time to accommodate for her timid mind. P-mare is semi-retired and no longer capable of heavy work or shows, so this was a wonderful bridge back into the eventing world that I missed so much. I had no real time constrains or serious goals, and I had no intention of pushing her any harder or faster than she was mentally capable of, but I had high hopes and was excited for the future.

Then in April, I was perusing the vast interwebz on a boring rainy afternoon and stumbled quite by accident on the ad for O ("Warmblood mare complete with issues" was the title - how could I not look?), and really liked her build from the few pictures I saw (of her standing around munching at the roundbale, but I could see the potential there). The ad sounded super interesting (most talking about her history and training, how she had been a h/j type horse, her movement and jump, etc, and how she had also been trashed by an idiot trail rider and had since developed issues), and I passed the link onto Future Hubs (who was at work), saying "Wouldn't it be fun to get a mare like this and turn her for a profit? She would be worth a lot of money if I fixed her up!" To my great surprise, his response was not, "Ha! Yeah, that's ridiculous," but rather, "Hey! You should do that! And then take me to dinner when she sells." Well, okay then! I figured she was worth a look, since I'd bank if I could fix her and sell her quick. It was worth a tire kick for funsies, right?

I went to go see the mare in March, on my birthday no less. It was almost dusk and the light was poor, so we couldn't do too much and I didn't get to spend too long with her. She was super friendly, came marching right over to me in the pasture, was rude and walked all over me on the ground but wasn't malicious, and had some pretty knock-out movement on the lunge. When I got on her, the training issues were clear - I could walk her around and steer, but when you put your leg on her, she'd sull up and stop. If you pushed the issue, she'd pin her ears. If you really pushed, she'd pick up a hind leg and kick out. I never did get her to do more than just walk that first day. She literally just would NOT do it.

I flex her, I jogged her, I watched her on the lunge and I palpated and poked every inch of her body (and hard), trying to find a physical reason for this. She stood with her ears pricked as I ground my hands into her back and into her girth area - absolutely no reaction. I could find absolutely nothing wrong with her - no pain, no issues, no nothing. 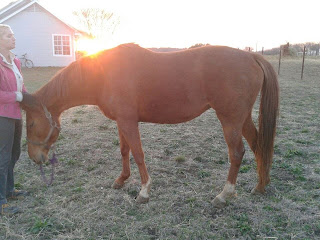 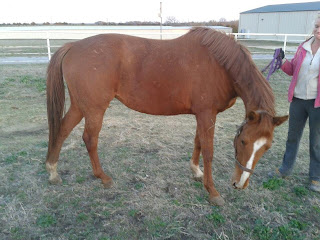 I figured it was worth a shot. I could fix this.

A few weeks later, in the beginning of April, I went back to pick her up - didn't even bother with a vet check (which I do not recommend and NEVER don't do normally). I paid the owner $500 in cash, signed a contract, and tossed her in my trailer. She settled right in at home, making immediate friends with both P and Immy. I gave her a bath, did her feet, and prepped her for some serious boot camp hell. She drove me absolutely nuts for the first few weeks - wiggling, pawing, screaming, biting the pipe fence when tied, tossing her head, ignoring my verbal cues on the lunge with a pin of her ears and a refusal to comply, and alternating between sulling up under saddle against my leg aids and not going forward, and losing all steering and brakes while tearing off out of control. It was a general mess, and she annoyed me to no end. I was still completely focused on Immy, and just wanted to get O going enough to get her sold. That was all.

At some point, it changed. The more I watched O move, the move I loved her movement. The more I worked with her, the more her behavior changed from absolute wild child with her own agenda and rules to a much quieter, much more willing partner. As April turned to May, Immy needed some downtime, and I stated to focus more and more on O. She was Immy's complete opposite - where Immy moved away, O leaned in. Where Immy raised her head, O lowered it. Where I had to back off with Immy, I could turn the heat on with O. O was intense, in your face, belligerent, and entirely too self-assured. In other words, she was exactly the kind of horsey personality I really click with. Add some awesome movement and a knockout jump along with her increasingly bold and unflappable persona, and it was no wonder that I started to really see that I had truly found a diamond in the rough. The more I cleared away the mess around it, the more it shone through - and the more work I put into her, the more attached I got, and the less I wanted to sell her.

Future Hubs put the nail in the coffin on the resale idea when he spent a little time with her one evening. He's not horsey in any way, but we managed to get him up on a horse that particular night, and after he was done he got to watch me ride O for awhile and hang out with her while I was untacking. He was totally smitten, and made me take some pictures of them together, even going to far as to promptly put one of them up as his profile picture. Later, he sternly told me that I was absolutely under no circumstances allowed to sell her anymore, because she was simply too awesome. And he was the one who wanted me to get her as a resale project in the first place!


It was around this time that I really started to reevaluate what I was doing with Immy. I just didn't feel like I was doing right by her, trying to make her into something she simply was not mentally capable of being, despite all the positive changes she had gone through. I already talked about my thought process and decisions in my last post, so I won't bore you with that whole story again, but in the end I did eventually decide that finding a good low-key situation for her to be in would be the best possible outcome for her, and of course, here we are today with a completely 100% different outcome than I had originally planned with I brought O home. Immy was supposed to be the focus, not O. Immy was supposed to be the forever show horse, not O. I honestly had guilt about it for quite a long time. This wasn't supposed to be the way things worked out. This was supposed to be different.

I still feel sort of odd and conflicted about the entire thing. I miss the girls, but I know they are fine and doing well. O is doing SO much better without other mares there, and is loving being the sole focus for the time being. I have more time and more money, both of which are beneficial to my business and to life in general. Everything is good and well and lovely, but it doesn't keep me from feeling like it was *supposed* to be different.

But that's just the strangeness of life, I suppose. It isn't remotely what it was *supposed* to be at all, and yet somehow it all fell into place anyway. Who knew? 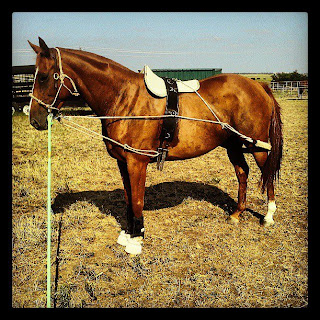 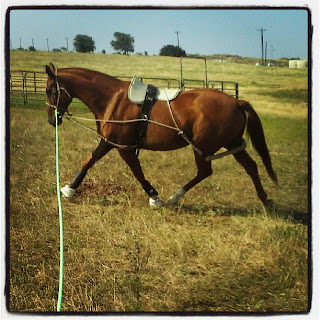 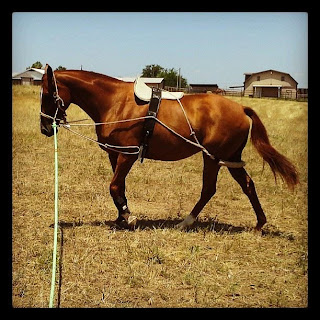