YAY! O's old owner saw my laments about her form over fences and sent me some encouraging pics: 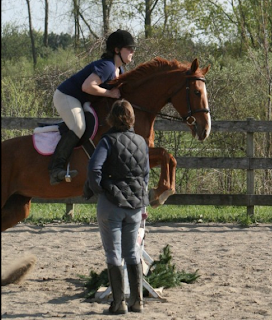 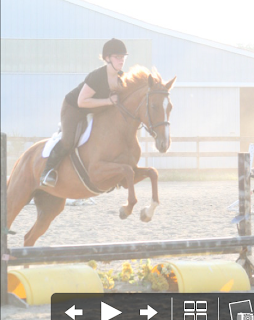 So somewhere in there, she CAN jump! YAY!

Here's my thoughts on this:
1) Her canter still sucks right now. I haven't spent nearly enough time working on improving the canter, so this is entirely on me. (It's SO FUN doing other things that buckling down and getting proper dressage-y work done isn't always high priority!) I spent a lot of time getting the walk from sucky to good, and now it is very good. I spent even more time getting the trot from sucky to good, and now it is also very good. The canter is still in sucky phase, and the golden rule of jumping is that if your canter sucks, your jump is gonna suck. You HAVE to have a good, balanced canter in order to have a good, balanced jump.
2) Aside from working on the canter on the flat, we need to do lots and lots of gymnastics. (Or, as horses probably like to call them, gym-nasties.) Lots and lots and lots of them. Winter of gym-nasties!
3) ME. I trust this horse now so I have GOT to let go of her face. Before, I spent a lot of time eternally half-halting, and I never felt like I was able to really give her her head and let her just go around, probably because she would have be in Egypt before I could have stopped her.
4) Hoofcare. She's done super well barefoot, considering where we started, and in an arena she's great - but let's face it, we ride on rocks and hard ground ALL the time. I'm going to try the new Easyboot Transitions on her in an effort to try one last time to get a boot on her crooked feet that won't either turn or rub her raw, but if that doesn't work it is probably time to try some glue or nail-on synthetics. She's doing very well barefoot, but our progress has sort of leveled out. Can't hurt to give them a try, and perhaps it will give her that freedom to move out and land better.

Admittedly, she is already moving out pretty well though!: 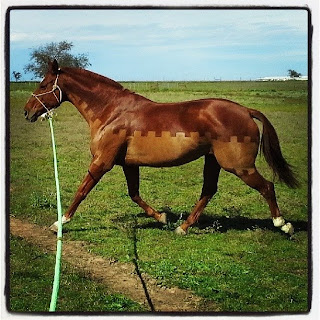 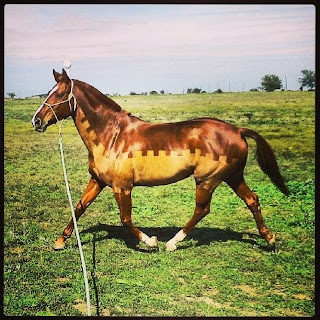 There is a 30 mile endurance ride in a little over two weeks that I think she will be ready for. She's been working super well over distance, but I'm sort of on the fence about deciding if I want to do this one or if I want to do one in January instead. This one is the first of the 2014 season and will count for miles towards it, so I would in theory like to do it, but I want to go into it just with the idea of completing. If I decide to keep eventing her - and I do want to! - I think doing LDs would be really fun cross training. Or, if I get more seriously into endurance, then LDs are a step towards even more mileage! 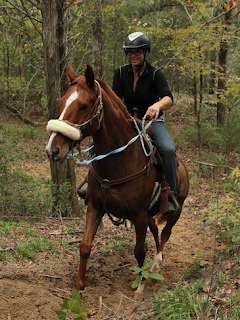 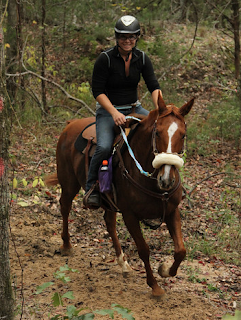 She looks pretty darn pleased with herself, even though I look a bit like a sack of potatoes. Details.
I think I might go about trying to endurance-ify the barrel saddle... I'm obviously not going to go hacking off the horn, it isn't my saddle, but I did get a few ideas....
The moste excellente Funder already sent me a new set of stirrups: 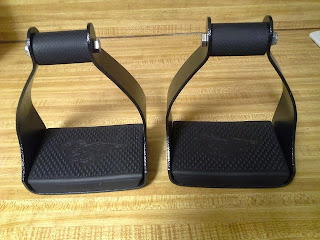 CAN'T WAIT TO TRY THOSE. I'd really like to get one of those butt-fluffy covers, but they are way too much $$$... S has a Cashel butt cushion that I might try though!

Seriously though, I can't wait to get some grids up and get going through them... Operation Jump Recon is coming to town!