I had big plans for December. Big plans about how it would all be awesome and there would be so much riding and fun and Christmassy goodness and nothing would go wrong because it's CHRISTMAS!

So far that has entirely gone down the toilet. We're only 3 days in, it has to get better right?

December 1: many clients, much business. Tre got lunged but that's all I had time for, I couldn't even squeeze in a hack with O. So much for that.

December 2: S pulls O out to feed her in the morning and calls me with the news that O has been attacked by the neighbor's dog. WHAT. The dog has lately taken to chasing my mares rather incessantly, which is really not ok. Tre doesn't put up with it and turns and chases the dog out, but O is nice to the dog and just sort of runs away with the dog is being aggressive. It's just a hind leg that is fat and has big raking teeth marks on both sides of the leg - looks like the dog got one grab in and that was it. We can't really prove that it was the dog that did it - who knows, it could have been something else? - but it's a pretty good guess. 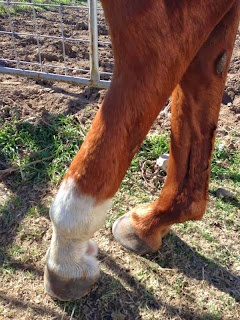 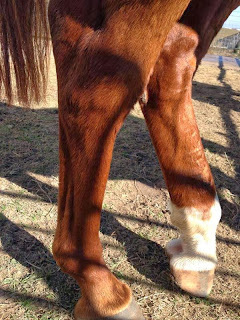 She'll be fine, but still. Kind of would like a break from the neverending scrapes/bumps/lumps/rubs/everything for once!
I decided to just not even think about riding since I was all riled up, and decided to take the dogs out for a good long walk and romp in a local park. We drove out there, I walked them out to the lake, and we all went diving off trail to go get down to the water's edge. We splashed and played and enjoyed our very nice 70-degree day, and then as it was getting dark we all headed back. It was then that I realized my keys were no longer in my pocket. Desperately I searched for them, trying as hard as I could to retrace my steps, but I had been off trail so much that I had no way of finding where I had been. It was dark at that point, so we just had to give up entirely. No truck keys, no home key, no trailer keys, no nothing. No way to get home. Future Hubs came to the rescue and called a tow truck, and we had the truck towed to the local dealership so they could break into it and program me a new key. It HAD to be one of those special magnetic keys that costs $150 to replace... I have spares to get into the vehicle, but not to start it, and what use was it anyway if I was miles away from home? The nice tow truck man let all three stinky muddy wet dogs ride in the cab with us back home.

December 3: Here I am, stuck at home, waiting for them to program a new key. I had to reschedule all my clients for the day, and can't get to the barn to ride either. I can't go anywhere at all!

So much for jumpstarting my December!

Email ThisBlogThis!Share to TwitterShare to FacebookShare to Pinterest
Labels: legs