All right, I've taunted you enough!
Meet the new surprise! 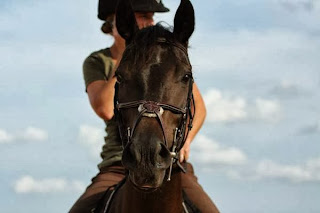 Meet Trebuchet, my new project.
(Yes, she DOES have kind of a Gogo face... obviously not the reason for getting her but interesting nonetheless!) 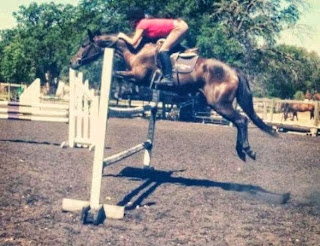 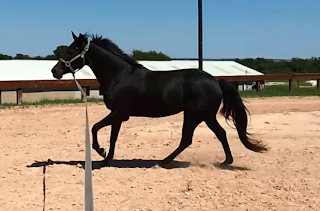 She is a 5 y/o Appendix mare, 15.1 hands of springloaded action. The girl is ATHLETIC. 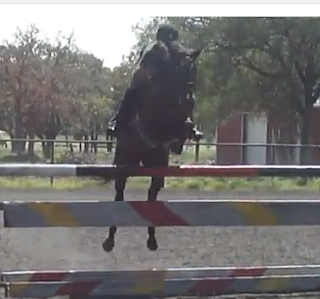 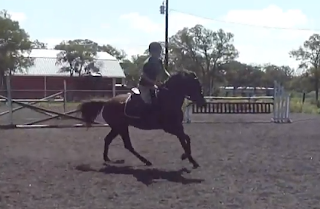 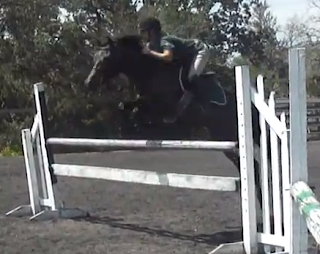 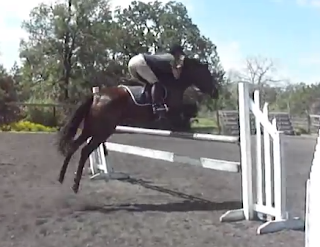 So, why is she ending up with me? Just like with O and Immy, there is a story behind it and a reason I am picking her up for dirt cheap (i.e. a few hundred bucks). And just like with the others, it's a gamble and it may or may not pay off for my end goal. O is turning into a really cool little event horse, but Immy instead has turned into a really cool little companion! Unlike the other two, however, this mare's problems are not mental - they are physical. In some ways, this is both easier and harder to deal with.

So what happened to her? Her usual turnout at her old barn was flooded one day, so the barn owner decided to turn the horses out into a pasture that had a paved road in it. She took off, like you'd expect, and being steel shod.... boom. Wipeout.

She has a small chip in one knee from the accident, with no joint involvement, that is now healed. She is currently sound but the trainer says she thinks she is a bit stiff behind still - the vet thinks this is probably a strength issue that will improve as she gets fit, but perhaps she'll need to be medicated. As for me, I can't see a lameness - or even that much of a stiffness, unless I am REALLY looking for one - and my vet and I see no reason to believe that this mare won't be 100% fine with a proper rehab. In his words, "if anyone can do it you can." 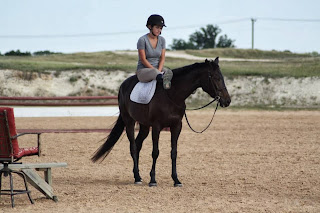 We're going to pick her up TOMORROW! It has been pouring literally for days and days, so she'll probably be up in a stall or in a tiny turnout for a few days, and then she'll go out with O. I'd rather her not go galloping around in the slop! (This weather is super, super gross... I have been feeling like a very bad horse mom because I didn't ride yesterday OR today... I could have gotten my lazy butt up and trailered to WD, but... I didn't want to. I wanted PJs and hot tea and BED, so I did that instead. I have guilt!)

Email ThisBlogThis!Share to TwitterShare to FacebookShare to Pinterest
Labels: surprise!